Meet Natasha Lilly! Our Featured Veterinarian of the Week!!

Meet Natasha Lilly! Our Featured Veterinarian of the Week!! 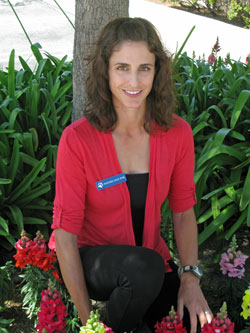 Natasha Lilly is joining the ACC team this April, 2011. She is a California native who grew up in the central valley. She ï¬rst fell in love with the San Luis Obispo area as an undergraduate at Cal Poly studing Animal Science on the pre-veterinary track. In 2008, Natasha completed her DVM studies at UC Davis with an emphasis in equine medicine. She initially went to work outside of Chicago in an equine sports medicine practice. After becoming disappointed with the options to treat our atheletes, she began taking an interest into complementary medicine, especially acupuncture. She attended an equine and small animal acupuncture certiï¬cation course through IVAS in 2009-2010. She was then mentored and worked for an established acupuncturist and complementary medicine DVM in Chicago, Dr. Barbara Royal. In Dr. RoyalÊ¼s small animal practice, the emphasis was on blending Western and Eastern medicine practices in treating every patient.

In addition to complementary medicine, NatashaÊ¼s special interests include advanced imaging and nutrition. She also enjoys supporting rescue groups and humane societies and spent time doing so with the largest No-Kill shelter in Chicagoland, PAWS Chicago. She enjoys spending time with family, riding and showing her jumper, Bleu, trail riding on her ranch horse, Ben, road biking, hiking, jogging and traveling. Natasha, her husband and their one year-old son live with their 2 horses, and 2 dogs, Kona and Copper, on a ranch in Edna Valley.