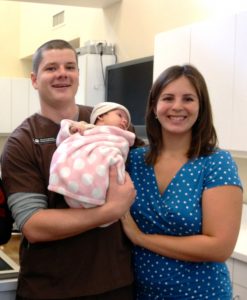 Travis joined the veterinary nursing team in July 2008 and is a native of San Luis Obispo.  Travis has an interest in reptiles and currently his pets include 1 dog, 2 cats and 1 tortoise. He enjoys practicing martial arts, such as Kendo and Brazilian Ju Jitsu. He also loves to play with his son and teach him about animals. Travis is married to Cate (of our Customer Service Team) and they have two beautiful little girls. 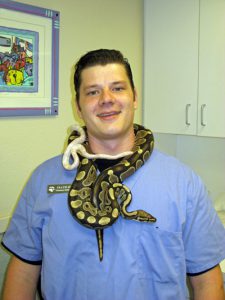 Travis is another fantastic team member that we will soon be losing as he moves onto bigger things in life.  He recently completed the pre-police academy and will eventually be attending the academy starting in either July or January.  Though he loves veterinary medicine he is looking forward to a career change both for his own interests and to support his family.  We will be sad to eventually lose him, but he won’t go too far since his wife Cate will still be working at Animal Care Clinic!