Featured Employees of the Month: Louise, Kristen, Zack and Tyler

Featured Employees of the Month: Louise, Kristen, Zack and Tyler

The challenge a veterinary practice faces living in a town with an agricultural school is employment fluctuations.  We find many eager and smart students looking for experience in veterinary medicine.  The high level of excellence, service and compassion make these students a great fit with the Animal Care Clinic way.  Unfortunately there also comes the time that these bright minds are ready to move on to the next thing, typically graduate school or veterinary school.  The number of individuals that have made Animal Care Clinic part of their journey towards higher learning and the number of young veterinarians that have resulted is humbling.  Once again we are making that cycle where we are sad to see some amazing team members move on.  We have also hired a new group that is quickly learning the ropes.  Here’s an update!

As a part of this wave of team members we are losing, we have already mentioned a few.  Julie Belmonte is starting her next adventure as a doula and senior home care assistant.  Katy Baker will soon be leaving the country to start veterinary school in Glasgow.  Travis Morris officially begins the Police Academy in Santa Maria this week.  In addition are also losing Louise Facciola, Kristen Patterson, Zack Spangler, and Tyler Ziton. 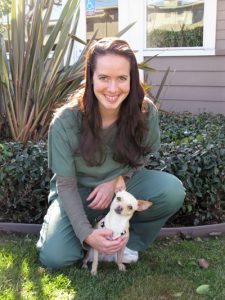 Originally from Loyalton, California Louise attended Cal Poly and graduated with her Animal Science degree in 2005 with a minor in Equine Science. She began working on the veterinary nursing team at Animal Care Clinic in November 2008.  Veterinary science drew Louise because she always wanted to work with animals. Now she has shifted her direction to working as a nurse in human medicine.  Regardless of career, she will never be far removed, as her sister is a veterinarian in the Army.  In her spare time, Louise enjoys riding her horse, running, hiking, playing with her cat, Remington, and taking her dog, Avila to the beach.  She will soon be moving North to Davis to complete necessary classes before attending Nursing School at University of Nevada, Reno. 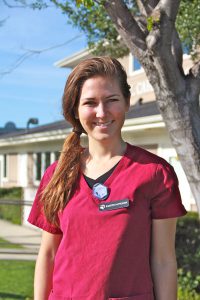 Kristen has been with Animal Care Clinic, trained in all areas, since August 2011. She recently graduated Cal Poly, majoring in Animal Science.  She will begin veterinary school at Washington State fall of 2013. Kristen has three dogs at home in San Diego, where she grew up, including a Great Pyrenees (Babe), a pug (Wally), and a Shih Tzu (Maggie). Kristen is another active girl! She loves to play soccer, run, rock climb, hike, camp, horseback ride, go to the beach or almost anything else outside. Kristen also is a member of the Cal Poly Vet Science Club and a sorority, and volunteers at Woods Humane Society. 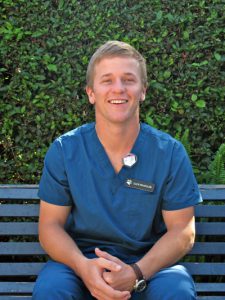 Zachary joined the Animal Care Clinic team in August 2011, and is another one of our hard-working Cal Poly students. Zack just graduated with a Bachelor’s degree in Animal Science.  He will be attending graduate school at CSU Channel Islands fall of 2013. He has a beagle named Sam that likes to hang out with his parent’s beagle Abbey. Originally from a very small town in California, Grimes, Zack is very active between school, work and other activities! Zachary volunteers at Samana Farms horse stable with some of the rescue horses on weekends or can be found outside doing anything from mountain biking to hiking and backpacking. Skydiving is a new adventure that Zack is also looking forward to doing! 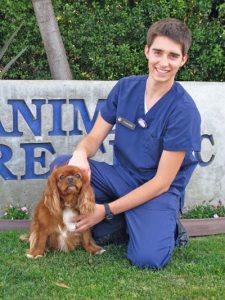 Tyler began work with Animal Care Clinic in August 2011. Tyler came out to California all the way from Orlando, Florida in order to attend school in San Luis Obispo. He has been attending Cuesta.  He will be moving to Santa Monica to finish junior college in hopes to transfer to UCLA.  Tyler is very active. He is an avid tennis player and also likes to snowboard, fish, run, hike, bike, and swim. Accompanying Tyler in California are also his two Cavalier King Charles spaniels, Ru and Opie. Another interesting thing about Tyler is he has a pretty cool and unique middle name, Battle!

We are sad to see all these great people go, but are excited for the adventures that lay ahead of them.  On the up side, we have also hired some new faces that you will soon be seeing.  We are working at getting them all up to speed and ingrained in the Animal Care Clinic way of caring for pets and their families.  Keep posted to learn about our new team members soon!